The Isanti County Historical Society was established on November 16, 1964 in Braham, Minnesota by an original committee of eight persons. ICHS became an official organization of Isanti County and an affiliate of the Minnesota Historical Society on April 20, 1965. Artifacts depicting indigenous groups of the area, and the immigration of early European residents to the county, as well as those of their descendants in the 1900s made up a majority of the Society’s collection. In July 2011, an arson fire destroyed over 70% of the historical collection. Digital collections were also lost with the destruction of local computers. At present, the digital archive houses over 30,000 artifacts, documents and photos stored online. The permanent archive housed at the Heritage Center is slowly growing, as committed Isanti County natives bring their collections to the Society for consideration. 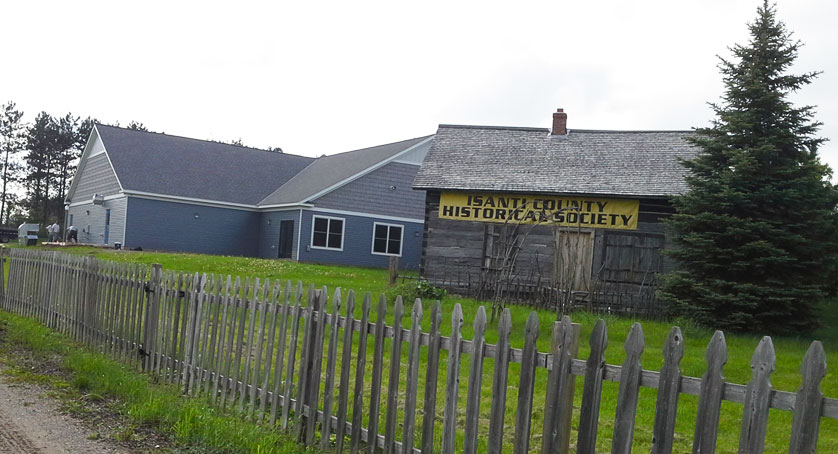 History of the Historical Society Movement in America

The oldest historical society in the United Sates is what we now call the Massachusetts Historical Society, which was founded in 1791 by Jeremy Belknap. He was joined by nine other Bostonians who helped him create “The Historical Society”, an organization truly devoted to collecting materials for the study of American history. This like-minded group gathered family papers, books, and artifacts from their personal collections which led to the creation of the nation’s first historical repository. Due to the absence of any other American historical repositories during this time, the MHS took on a national role – Something that is still evident in its collections and publications. To this day, Belknap’s original vision of preserving, collecting, making resources accessible, and communicating manuscripts that promote the study of Massachusetts as well as the nation is still thriving.

During the 19th century, societies were becoming more and more democratic in their membership policies, while large groups of people were still being excluded. However, when the Progressive Era came, these historical societies finally started being seen as “institutions with a capacity or obligation to serve the public.” There started to become significant growth in the public’s interest in local history when the 20th century came around, and this was apparent with the overall concern for historic preservation of cities that were going through architectural and demographic changes. In 1940, the increase in this appreciation was reflected once again by the founding of the American Association for State and Local History. Although the accomplishments of white men were the center of the mid-century historical societies, previously neglected groups, such as ethnic minorities and women, started to gain more attention within the academic circles as society progressed. The history of historical societies in the U.S. has often been responsive to the trends within the discipline of history,however they haven’t always responded to the evolution and changes in the same way and speed. The public inclusion movement is a great example of how the historical societies were sometimes challenged with juggling competing preservation priorities and liberal access policies.

From History of Historical Societies in the U.S.
By Sara Lawrence
Written December 11, 2003